Why Should Startups Choose Flutter For Mobile App Development? 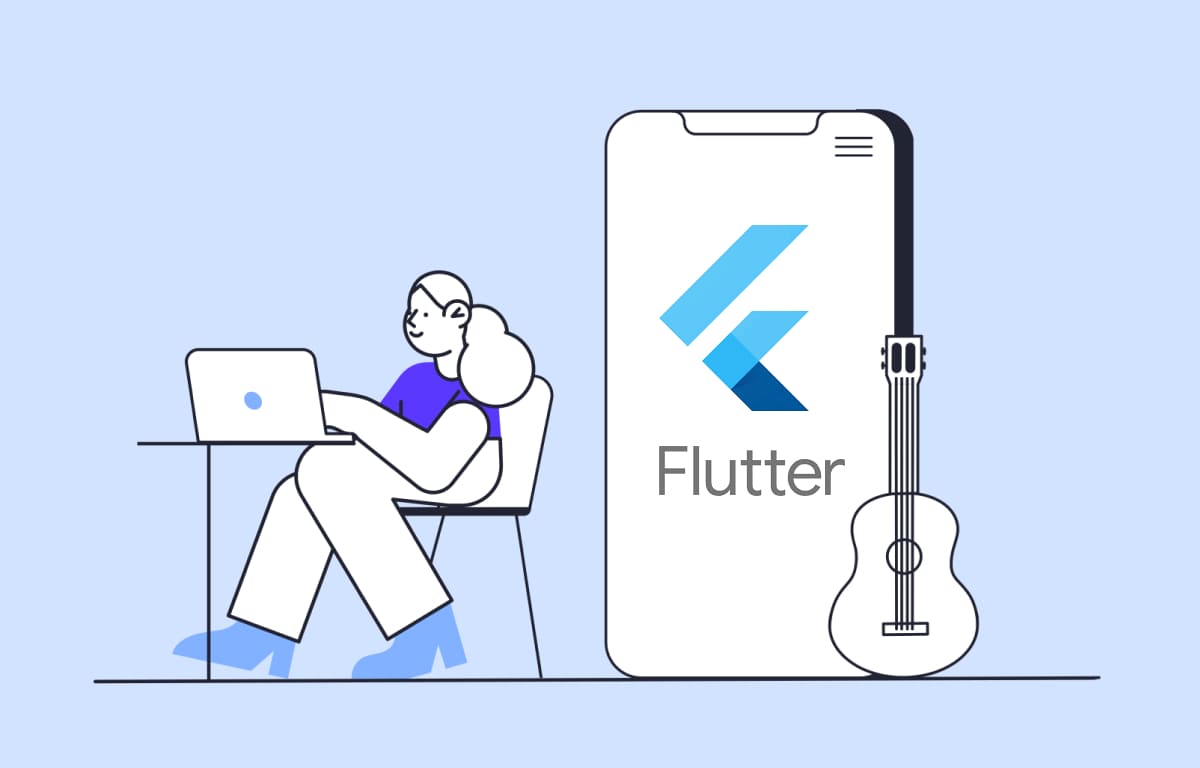 Flutter, Google’s new mobile app development framework, has made quite an impact since its launch in 2017. This open-source tool gives developers the ability to make apps on both Android and iOS using one codebase, which has attracted both developers and businesses.

In fact, according to sources, the number of Flutter-built apps accessible on the Play Store jumped from 50,000 to 90,000 when Google published Flutter 1.20. More than 150,000 Flutter apps were on the Play Store when Flutter 2 was published in March 2021, and we can expect that number to continue to rise as Flutter’s popularity grows.

Still, if you’re wondering why so many startups are choosing Flutter for their mobile app development projects, take a look at the reasons that make Flutter stand out among other options.

But first, let’s consider why a cross-platform application is critical for companies like yours.

The Benefits of Cross-Platform App Development for Startups

Startups and small businesses are never lacking in ideas, but they can be short on time and resources to turn these ideas into realities. If you’re the owner of a startup or small business, you likely want to reach as many potential customers as possible with your products and services, which means expanding into new markets.

But if you have only an iOS app, you won’t be able to sell your products or services to Android users, so you’ll have half the market cornered at best. The solution? It’s cross-platform app development! Here are some of its benefits:

Choosing a cross-platform approach to app development can save both time and money. One way to do so is by using cross-platform development frameworks (such as Ionic) that allow developers to build an app in HTML5 and JavaScript, which means you’ll be able to deploy it on multiple platforms—Android, iOS, Windows Phone, etc.—at once.

One mobile app developer can create an app for multiple operating systems. This reduces costs compared to hiring different developers to create separate apps. It’s also cheaper to launch an update with one click rather than with several individual updates.

There’s no doubt that mobile apps are some of the most effective ways to build a brand and reach customers. But with more than 2 million apps in Apple’s iOS store and Google Play, it can be difficult to get your app noticed.

By developing a cross-platform app, you can have an app available on Android, iOS, and Windows Phone devices, which greatly increases your exposure on mobile devices. This also helps you expand your client base.

A cross-platform mobile app development tool enables you to create apps from a single codebase, which can result in shorter turnaround times. This means that you and your team will have a higher chance of moving from idea to app faster than if you had chosen native app development.

In turn, time is money—so by saving time on development, you can use it in other important areas such as business strategy or marketing.

Since cross-platform mobile app development uses web technologies, developers can create an app that functions across different operating systems. Rather than developing separate apps for each operating system, startups can focus on a single product compatible with multiple platforms. This eliminates additional costs and allows mobile users to enjoy a seamless experience regardless of their phone’s operating system.

Reasons Why Startups Should Choose Flutter For Mobile App Development

1. When developing cross-platform apps with Flutter, many limitations are circumvented

Since the beginning of mobile app development, cross-platform development has been a popular choice for businesses that want to target multiple platforms but don’t want to invest in developing native apps for each one.

However, many limitations come with cross-platform development frameworks, such as poor performance, lack of native features, and difficulty with updates.

Flutter overcomes these limitations by providing a smooth, fast, and native-like experience. The framework uses the Dart programming language, which compiles to native code, so you don’t have to sacrifice performance for multiplatform support. It also has a rich set of widgets that allow you to create a truly native-looking app.

There’s nothing more frustrating than making a change to your code only to find that it broke something else in the process. With Flutter’s hot reload feature, you can make changes to your code and see the results instantly without restarting the app or losing your place in the code.

When you’re able to experiment and iterate quickly, it saves you time and leads to a better development experience overall. Besides, who doesn’t love seeing their changes show up right away?

It’s also worth mentioning that hot reload works with both your code and your UI, so you can experiment with different designs without rebuilding the app from scratch each time.

Also, since you can see the changes you make in real-time, it’s easier to spot errors and fix them quickly. The development experience with Flutter is truly unmatched in this regard.

3. Using Firebase as the backend with Flutter is a powerful startup selling point

Firebase is a comprehensive mobile development platform. It provides a wide range of services for startups, such as analytics, crash reporting, storage, and more.

If you’re not familiar with Firebase, it allows you to focus on building your app without worrying about the backend. It takes care of all the infrastructure for you and provides tools that make it easy to add features such as user authentication, real-time database, cloud functions, cloud storage, and more.

This is a huge selling point for startups as it allows them to get their app up and run quickly without investing in building a backend from scratch. Therefore, combining Flutter with Firebase is a recipe for success for any startup.

Businesses that want to get their app to market quickly and don’t have the resources to invest in a backend infrastructure will find this combination particularly attractive.

4. Flutter speeds up the development process

With Flutter, you can develop your app in record time. The hot reload feature we mentioned earlier plays a big role. It allows you to iterate quickly and experiment with different designs without having to rebuild the app each time.

Another factor contributing to the fast development process is that Flutter uses a single codebase for Android and iOS. This means that you don’t have to maintain two separate codebases, which can save a lot of time and effort.

In 2021, a developer poll found that Flutter was the preferred app development framework among 42% of respondents. (Statista report)

In addition, Flutter comes with a set of ready-to-use widgets. These widgets allow you to create a truly native-looking app without having to write a lot of code. A Flutter app development company takes advantage of all these features to get your app to market quickly.

5. The new Google operating system, Fuchsia, will be using Flutter

Fuchsia is a new operating system that Google is developing. It’s still in the early stages of development, but it’s already getting much attention.

One of the reasons for this is that Fuchsia is being built from the ground up with Flutter. This means that any app developed with Flutter will be able to run on Fuchsia without any changes.

This is a big deal because it gives Flutter apps a level of future-proofing that other frameworks can’t match. As Fuchsia is developed further and gains traction, Flutter apps will be positioned to take advantage of it.

Flutter’s design experience is unrivaled in mobile app development frameworks. This is because Flutter uses the Material Design system, which Google created.

The Material Design System is an innovative design system that allows for the consistent and user-friendly delivery of any content. This one-stop shop will help keep your audience engaged with myriad techniques from typography, color theory, or anything in between!

When you use Flutter to develop your app, you have access to a wide range of ready-to-use widgets. These widgets adhere to the Material Design guidelines. This means that you can create a high-quality and user-friendly app without worrying about the design.

7. Flutter is backed by Google

Google is one of the biggest names in tech, so it’s no surprise that Flutter has a lot of backing from the company. Google is fully invested in the success of Flutter and is constantly working to improve the framework.

In addition, Google has created a dedicated team of engineers whose sole purpose is to help developers create successful Flutter apps. This team provides support, guidance, and advice to developers using Flutter.

The fact that Google is behind Flutter gives the framework a lot of credibility. It also means that Flutter is here to stay and will only get better with time.

Combining all the factors we’ve discussed so far makes it clear that Flutter has a very bright future. The framework is constantly evolving and being improved by Google, and it has the potential to change the way we develop mobile apps.

If you’re looking for a mobile app development framework that offers a great design experience, fast development, and is backed by one of the biggest names in tech, then Flutter is a perfect choice.

Furthermore, if you want to future-proof your app, then contact a Flutter app development company to get started. Such a company can help you take advantage of all that Flutter offers.

Whether it’s a Flutter app development company in new york or any other place globally, the developers will know what to do.