Which is better for iOS App Development Swift or Objective C? 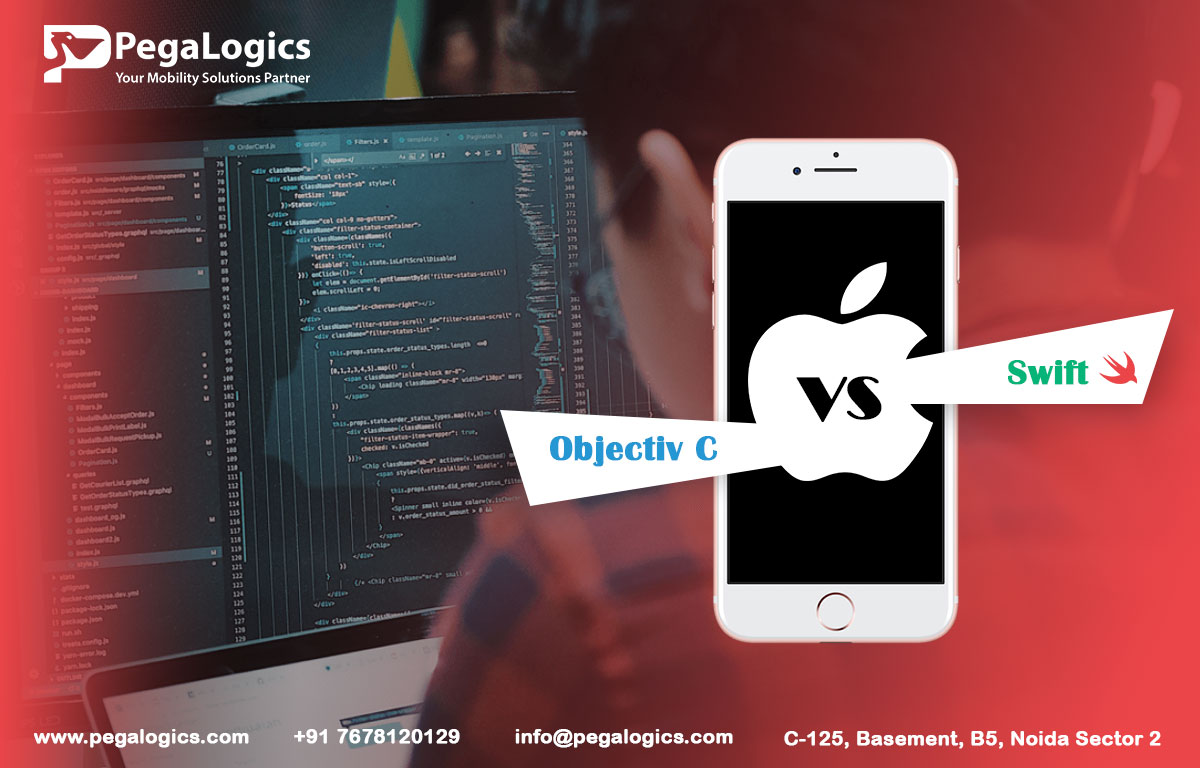 Language programming is an essential yet complex task in the development of various software and apps. Apple, known for its high-security standards, had used Objective-C programming language until 2014 to develop the software and apps for macOS, iOS, watchOS, and tvOS and also for their application programming interfaces— Cocoa and Cocoa Touch. But Apple made a landmark development in 2014 when it launched a more compatible and advanced programming language Swift. It is comparatively easier to use with its more advanced features than the existing Objective C.
Since the launch of the Swift, there has been a lingering argument which programming language-Swift
or Objective-30- is better for iOS app development. However, Swift is largely preferred among the programmers because of its clarity of syntax that makes it easy to grasp, unlike Objective-C that is full of puzzling intricacies.

Comparison between Swift and Objective-C?

If we make a comparative analysis of Swift and Objective-C with regard to iOS app
development, Swift is found safer, swifter and more inclusive in its approach than the 30 years old
Objective-C. Considering the technical features of Swift, it is designed in a manner that makes it
compatible with all the iOS app development tools including the Cocoa, Cocoa Touch API, and
Objective-C. Another key feature that marks the difference between Swift and the Objective-C is the system of two-file requirement; when using Objective-C, the programmer has to put in method names and comments manually between files in a corresponding manner. That, of course, demands extra efforts from the programmer. But Swift makes this task easier by dropping the two-file requirement,
and it gets the task done automatically by Xcode and the LLVM compiler.

Thus, the task is done flawlessly in a clearer language with no possibility of error. And that makes Swift more convenient and programmer-friendly in comparison to Objective-C.
Apart from being it 2.6x faster than Objective-C, Swift set the new milestone of security measures in the field of app development. As Apple has always been known for high-security
standards, iOS apps go through rigorous security checks in order to avoid potential bugs. And
Swift significantly offers the most coveted function of static typing and the use of optional and optional chaining that makes it unmatched in its security features. And here again, considering the security aspects of the programming language in comparison, Objective-C lags far behind. As
Swift has the rare precision in catching software bugs because of its use of null pointers that makes the Swift stand apart from other programming languages including Objective-C.

Why Swift is better than Objective-C?

Swift, an open-source, unlike Objective-C, has become the fastest-growing programming language as it offers easier methods to develop apps with desired security features. Programming language Swift achieved the first place for Most Loved Programming Language in the Stack Overflow Developer Survey 2015 and also second place in 2016. That reflects the uniqueness of its features, which are, of course, not found in Objective-30. Although Swift must be the most preferred programming language for iOS app development, Objective-C is still continued to be used as many conventional programmers find it more convenient. It won’t be wrong to say that Swift is a modern avatar of Objective-C, with its simpler language and more secured features.