Know the cost of designing a mobile app 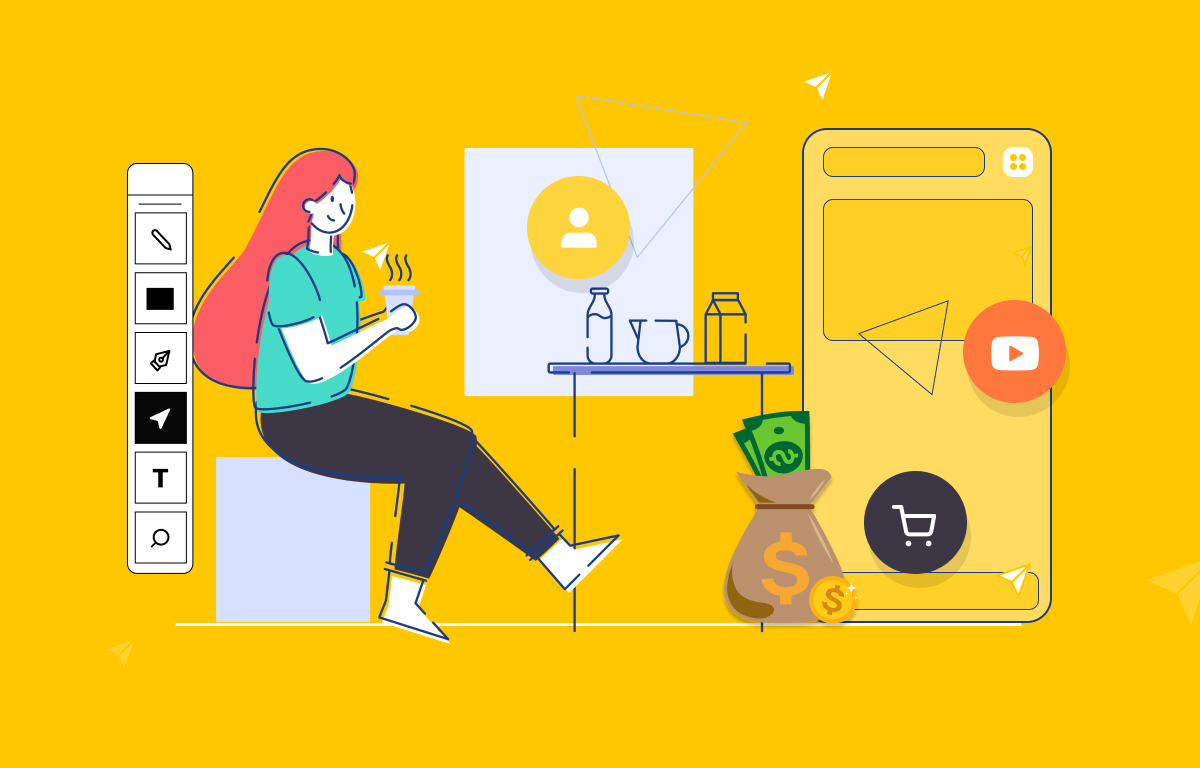 Every effort you make to make your mobile app disruptive and innovative boils down to its design in the mobile app industry. The all-encompassing term “mobile app design” carries a lot of weight. It determines whether users will spend any time in the application. Whether your months of work will pay off with a profitable solution that the rest of the world will interact with.

Currently, 7.1 billion people use mobile phones around the world, and a phone is useless without applications. Apps account for 90% of smartphone users’ time on the device. Many app developers and mobile app development businesses labor every day to create apps that make our lives easier. Keep us informed and entertained, and assist us in a variety of ways.

A design-centric mobile app development company must consider a number of factors for a process that will eventually be responsible for a $311,249 million industry:

These factors, in turn, have a price tag. The price of app development. While less expensive than engineering, the cost of app design still accounts for a significant amount of the total cost of a mobile app. Design is followed by development. As a result, in addition to design, it is critical to understand the reasons behind the development budget for mobile apps. In this article, we’ll take a closer look at the components that make up the mobile app Ui design cost.

WHY IS APP DESIGN IMPORTANT IN THE DEVELOPMENT PROCESS OF MOBILE APPS?

Every design element is created to address a specific problem.

Whether you’re starting from scratch or redesigning an existing app. The final aim of every step of your design process should be the same. To solve a problem in the simplest way is feasible.

The following are some of the advantages of a well-designed mobile application UI and UX:

WHAT DOES A MOBILE APP DEVELOPMENT COMPANY DO?

A few factors that determine the app development cost are-

The type of app:

The development cost depends on the type of app. For example, some popular app types: e-commerce apps, social networking apps, on-demand apps, etc. Additionally, the app may fall into a distinct category like gaming, music, business, health, travel, education, etc. The cost would change depending on each of these types and categories.

The platform on which an app was created:

Native applications can readily access programs and services within the device for best performance because they are built for that platform.

The cost of developing an app is also determined by who is developing it and where they live.

As the app’s complexity increases, so do its development expenses. There are numerous varieties of apps, each with its own set of complications, such as basic apps, apps with web servers, gaming apps, and so on.

The number of features in an app, as well as their complexity, have an impact on the ultimate development cost.

COST OF DESIGNING A MOBILE APP

Let’s discuss the monetary aspect of mobile app design now that we’ve covered the requirement and stages of app design. The Cost of Developing an App.

ON THE BASIS OF PLATFORM

Although the cost of an app prototype does not differ significantly between iOS and Android apps, there are certain differences. Because of the strict store standards, iOS app UI and UX designers used to charge, but that is no longer the case. Google, too, has begun to adopt a tight vetting process in order to ensure good quality in terms of what goes into the shop.

As a result, the cost of iOS vs. custom app design has been reduced to the number of platforms and device types. Let’s take a look at it from the standpoint of the iOS App Design Cost Calculator:

Now, let’s talk about the price of developing an Android app:

The guidelines of design in the Google Material Design process are continually altering in response to the changing nature of Android devices. To stay up with the changes. Android app designers must constantly adapt to new frameworks and design principles, which comes at a cost. Furthermore, an Android app designer must work on a far larger number of platforms than an iOS app designer. The cost of designing an Android app naturally rises.

ON THE BASIS OF THE APP COMPLEXITY

Apps that are easy to use:

These are programs with no more than three screens and very few animations or interactive design components. This category includes apps like calculators and alarm clocks. These apps aren’t usually created to address the needs of certain platforms because they look the same on all screens.

Apps with a Medium Level of Complexity:

These apps make use of a variety of interactive components and animations, as well as many screens. They are often built separately for Android and iOS platforms, and they are made to match the platform’s native appearance and feel, relying primarily on Human Interface design guidelines and Google Material design concepts.

The majority of the apps you use on a daily basis. Such as WhatsApp and Uber, are examples of medium complexity apps.

Apps with a High Level of Complexity:

These are applications that rely heavily on design to accomplish their goals. Many animations and transitions are utilized to assist users in moving from one screen to the next and eventually converting them into regular users. These apps make extensive use of screens and frequently work on several screens, all of which necessitate a device-centric native UI design.

Cost of UI Design for Mobile Apps by Country:

Because of the varied types of mobile app designing tools utilized by each of them or the different processes of working, the work completed while maintaining the same quality may differ substantially between a designer in the United States and a designer in India.

For our startup clients that are quality-conscious but have a restricted budget, we employ a number of tried-and-true tactics.

Workaround a strategy – sticking to a fixed strategy will help you save money on app design.

Concentrate on the must-have features – We always advise our clients to start with the application’s must-have feature set rather than building a full-fledged app that can be saved for the project’s second phase.

Use templates – While not ideal, using templates can be a wonderful method to save money on app design by requiring very little effort from the designers.

HOW TO FIND THE BEST AND SUITABLE MOBILE APP DEVELOPMENT COMPANY IN NOIDA?

A well-developed system for project management and good communication is what you should always seek in the best mobile app development companies in Noida. This is especially crucial for those of us who are not always available to assess and monitor project completion. Having a project management system in place makes it much easier for you as the project manager to focus your team on the most important issues, with timely communication back to you to let you know what’s going on and how things are progressing.

While you won’t be able to ask your developer to help you get started, explaining your company name in an article that is seen by millions of people could be a good place to start. Many excellent mobile app development companies in Noida provide after-sales services that go beyond simply getting you started; they can also help you nurture and build your business over time. When looking for an agency to work with. It’s also crucial to pay attention to how the agency runs its operations.